During the last few month I’ve been sporadically folding origami figures. Beeing a bird person my motives were mostly of the feathery kind.
Both, the paper I was using, and my folding skills were not very good, so I’ve often reached my limits halfway during the instructions in the books.
Frustration: check!

ANYWAY, here are some pictures of origami birds 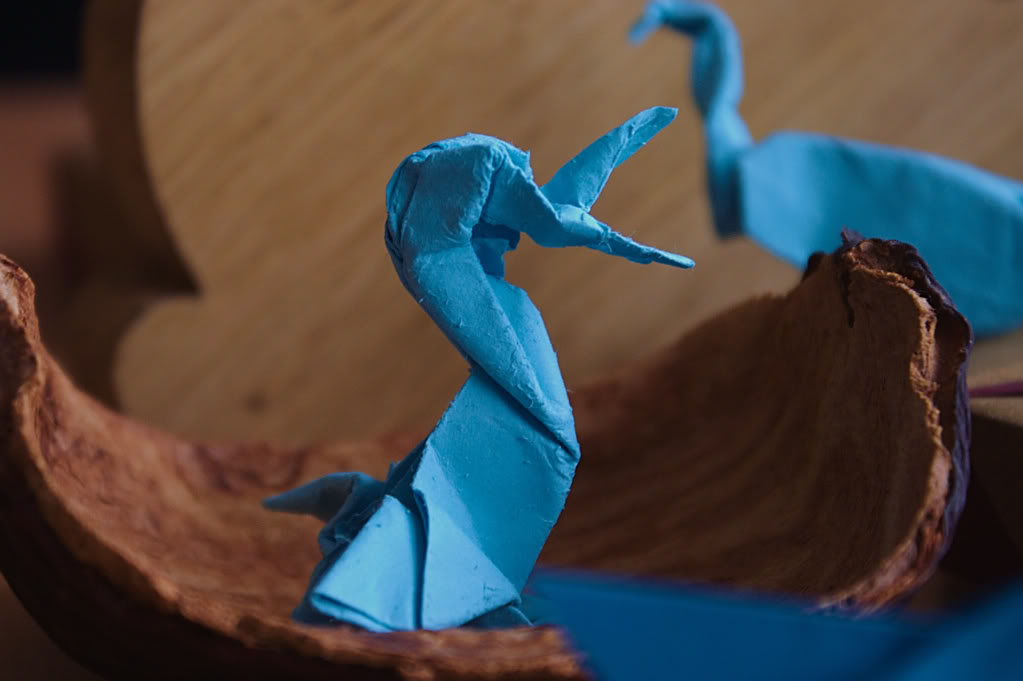 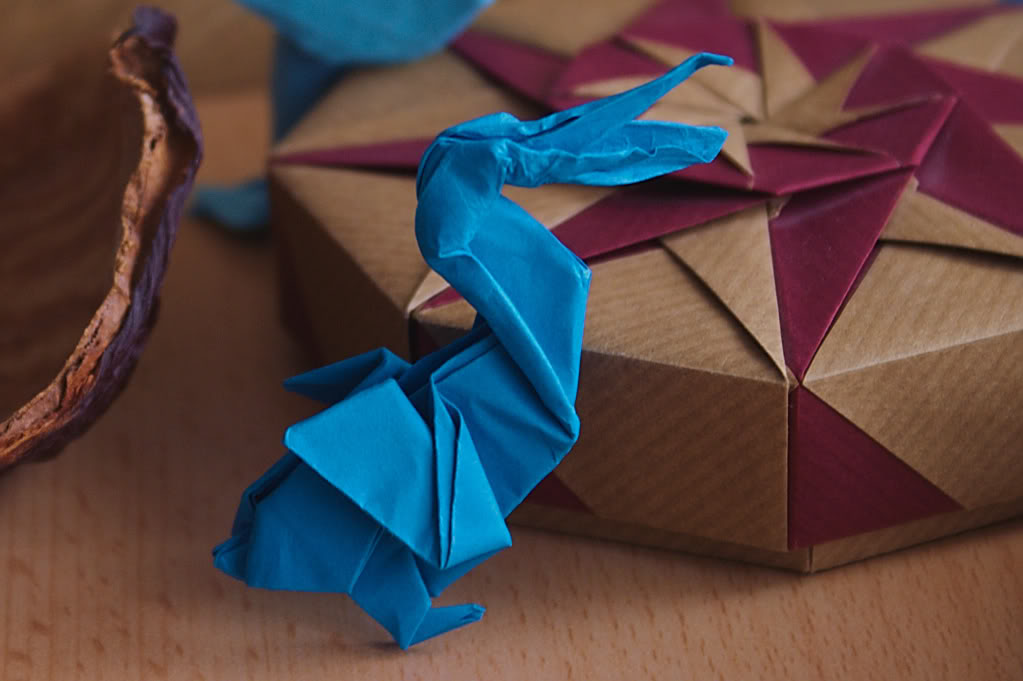 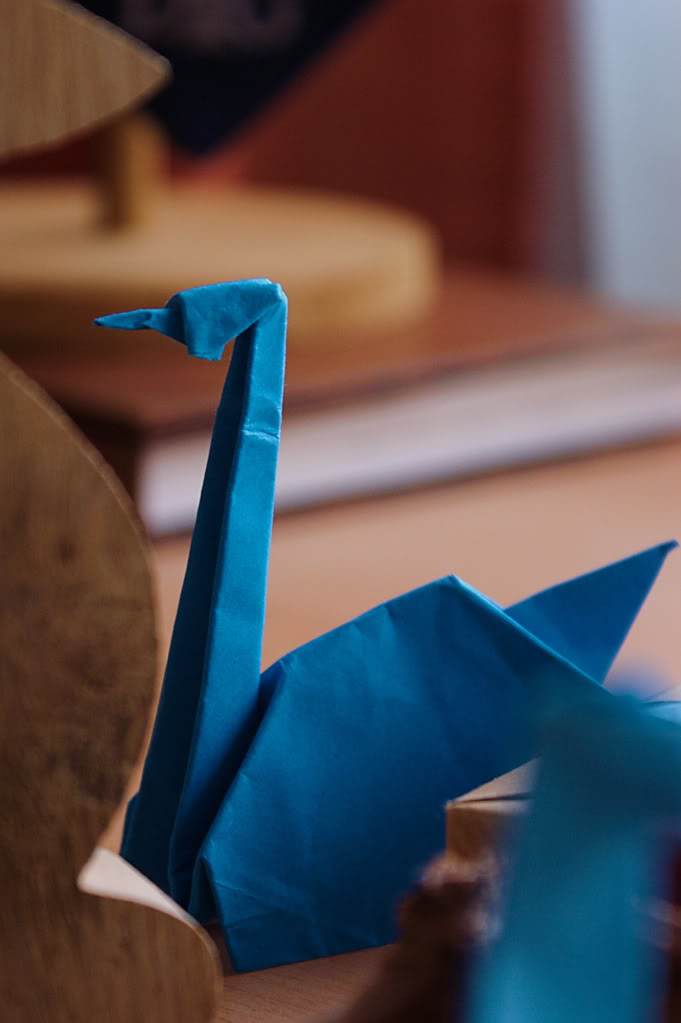 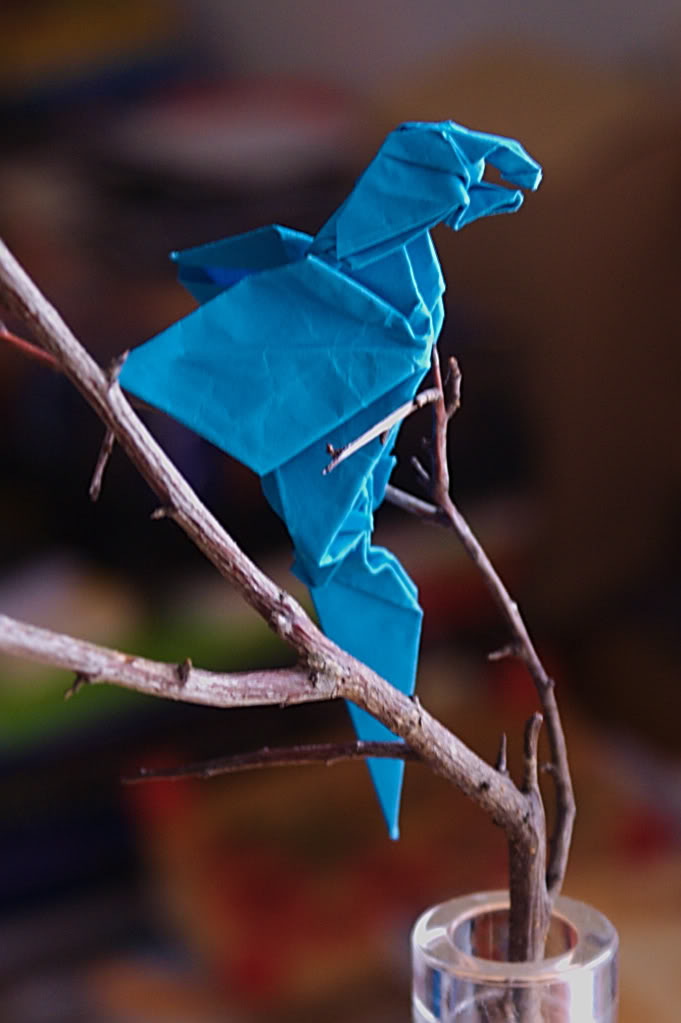 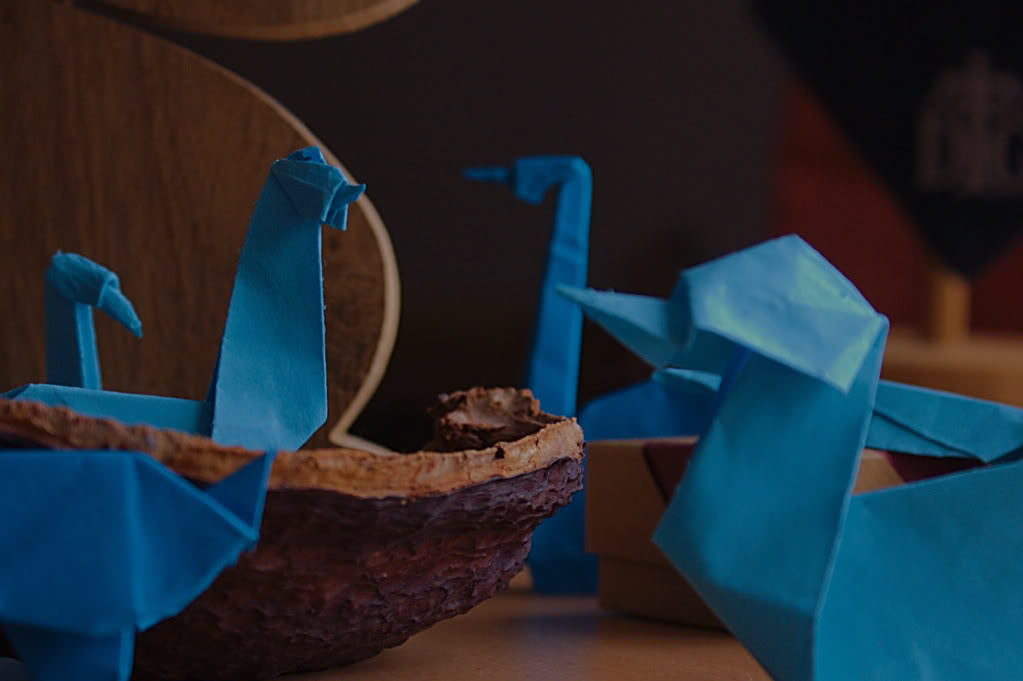 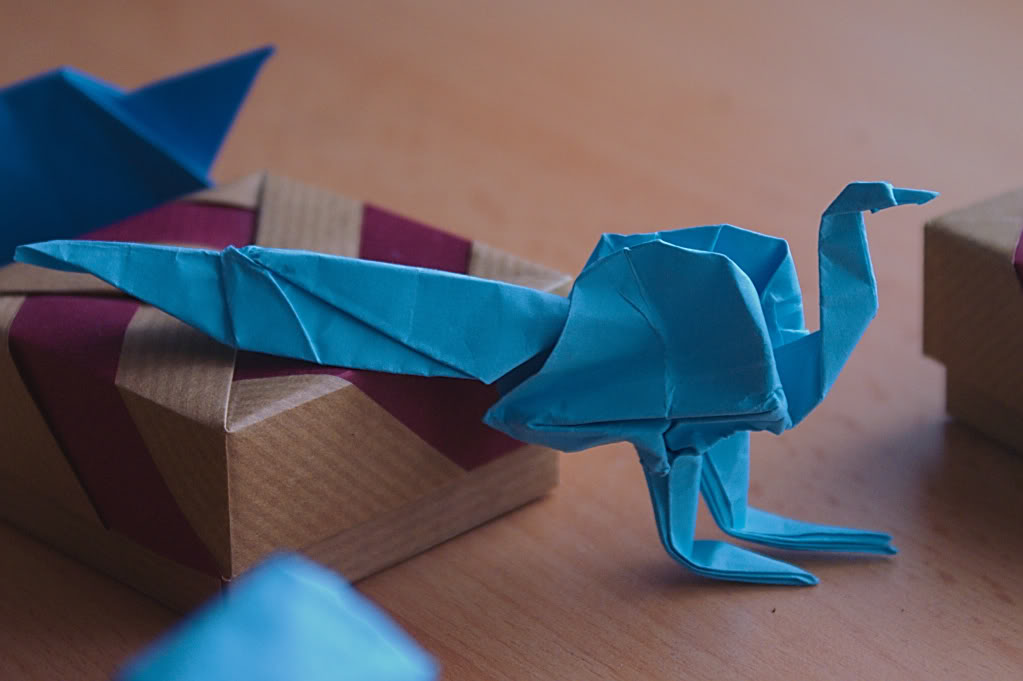 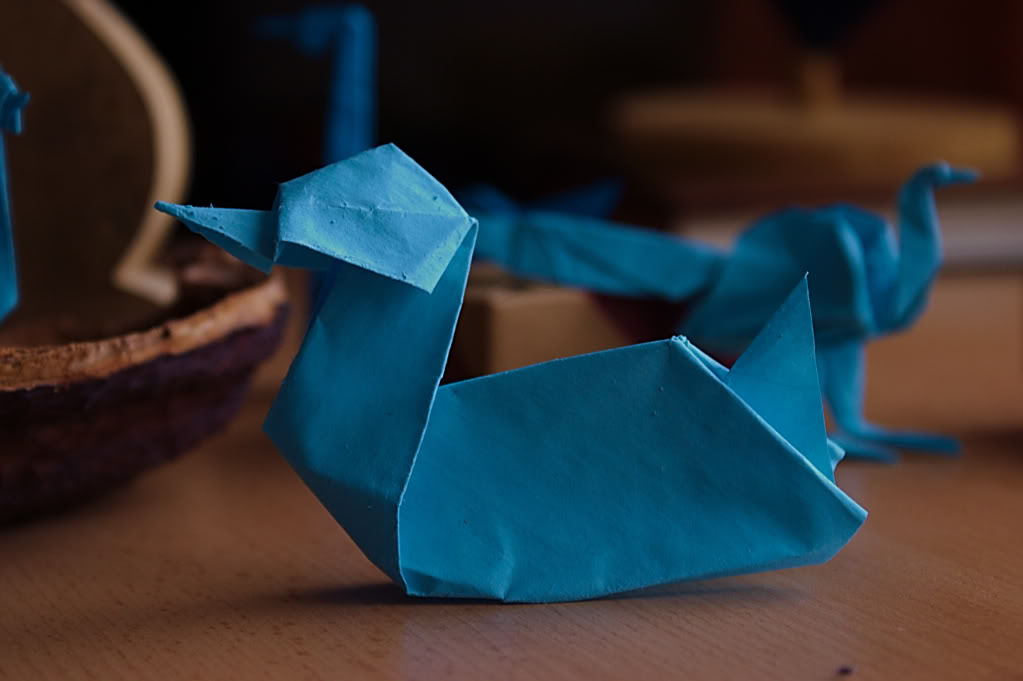 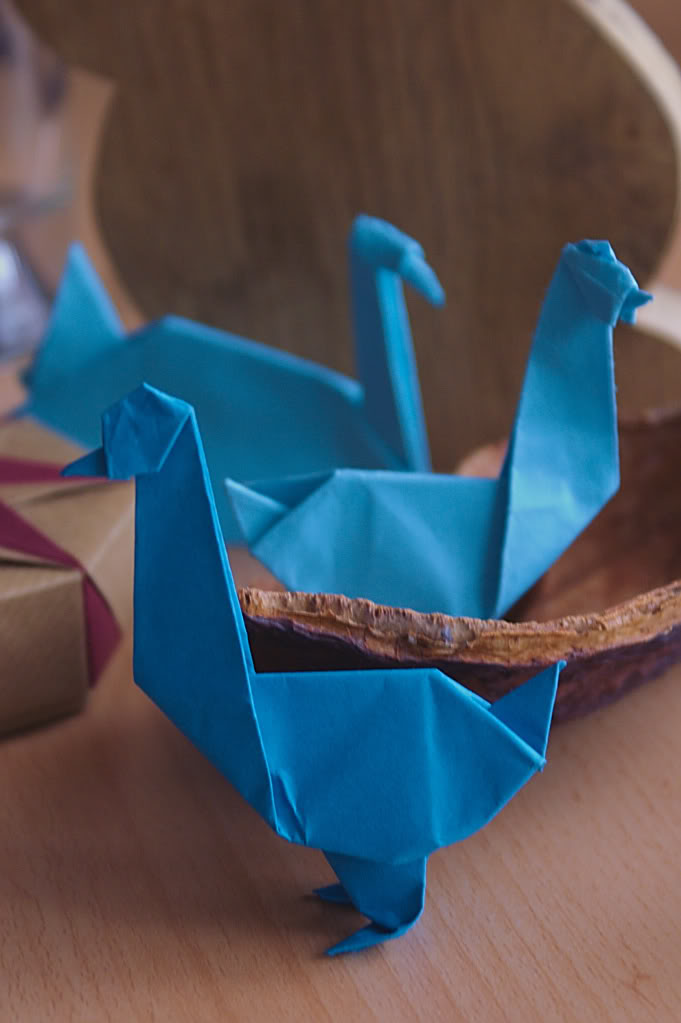 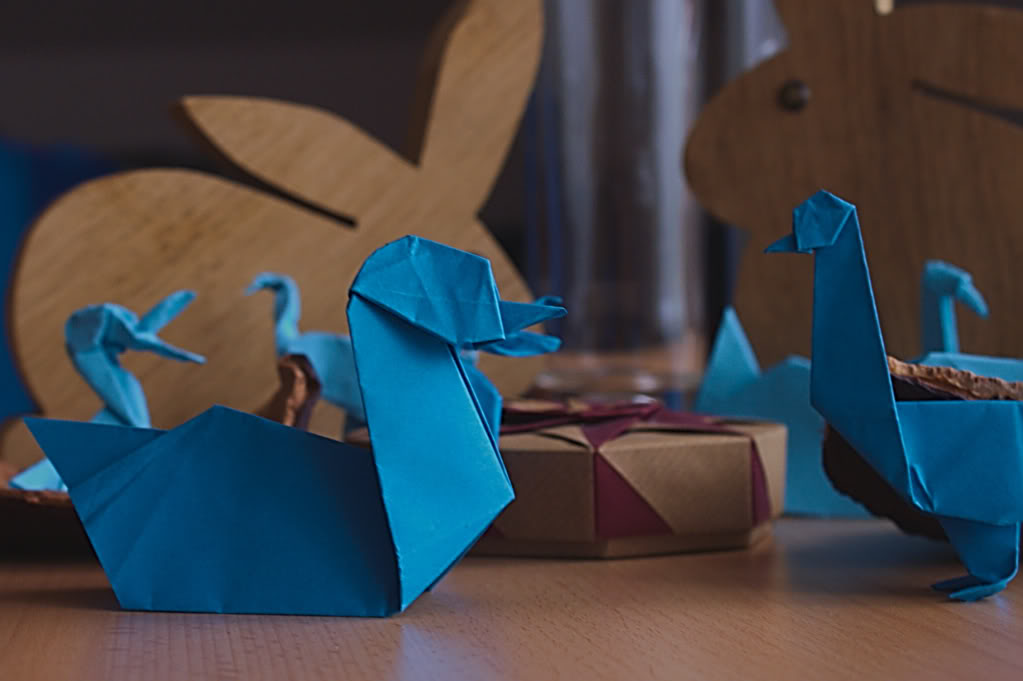 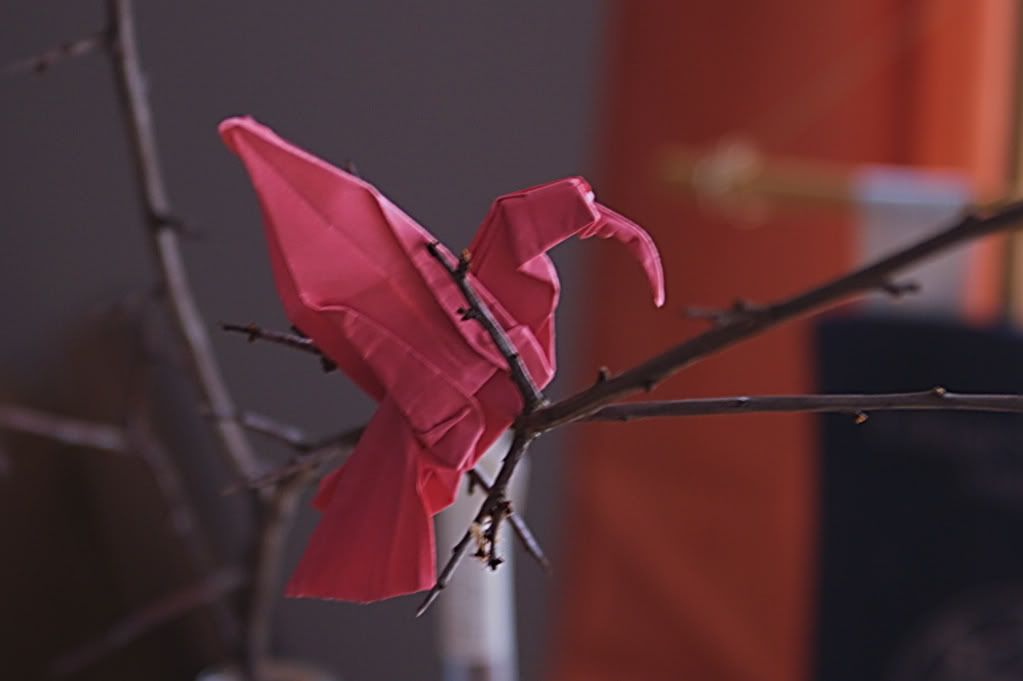 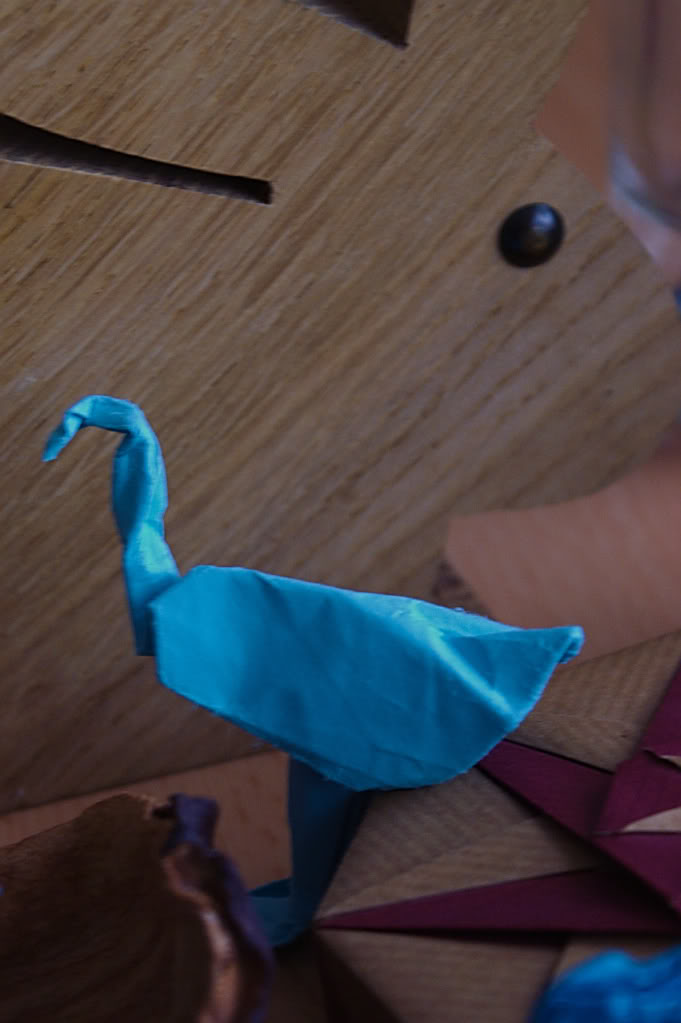 Last week Lindir gave me some original origami paper, which is much more thinner (and comes in more colours) than my cheap handicraft paper. Maybe with origami paper it’s the same as with whisky cola – it’s better when you use the real thing …