Fortune favoered me with some spare time last weekend. And so – with my boyfriend busying himself with bike preparations – I took my chances and a box of dried geranium flowers and started another attempt at producing paint. 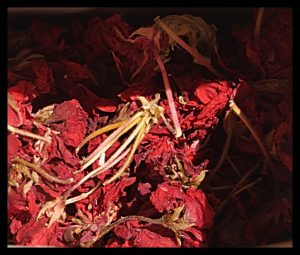 As usual the flowers were cooked in an alum solution.
The crystals disolved rather quickly in the hot water. (I used about 15 teespoons and about 300 ml of water)
After adding the flowers it looked like this: 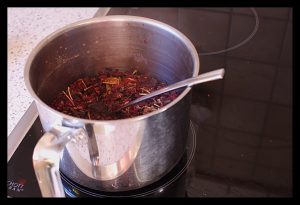 After 15 minutes of cooking.
At the surface there happend some crystalisation each time I stopped stirring. 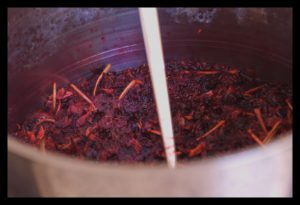 And indeed there water was red: 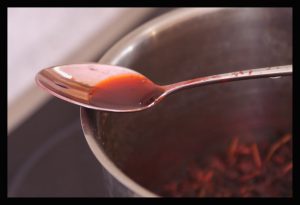 I put the whole bulk in a jar … 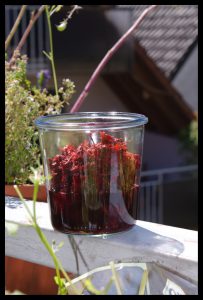 … and then sifted it.
The result was a jar full of red sap colour with a layer of crystal at the bottom. 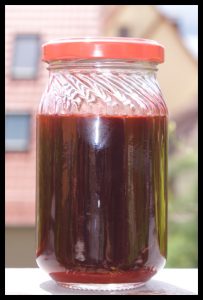 And now for the really interesting part:
When painted it looks like this 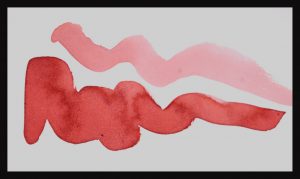 The darker stain glitters!
It’s the same effect as with the elderberry batch.
The book does not mention this – I think it’s some of the remaining alum crystalising.
Glitzy!

I already started drying some of it in a shell, and I plan another attempt at producing some pigment – using a different method this time.