It’s February, 2nd, in catholic shaped societies also called ‚Lichtmess‘ or ‚Candlemas‘.
I won’t go in on the liturgic details, which are fairly interesting, but just want to state that today is the end of the ‚Christmas season‘. I’ve cleared away my stuff yesterday.

Also the daylight is coming back. Did you notice?
Since the low point at the winter solstice the daily amount of sunlight has increased over an hour. It went from 08.29 – 16.29 on Dec.21th to 07.50 – 17.23 on Feb.2th.
And that’s just the beginning. It will get faster. By the end of February our day will be another hour and a half longer.

I still can’t believe that it will someday be green again when I look outside my window. 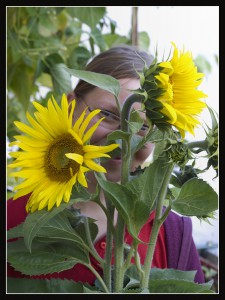 In case you’re wondering, the data refers to the South of Germany. I’ve got them from an old astronomy book from 1997 – I’m naive enough to believe it still applies – and a website called www.sonnenuntergans-zeit.de.