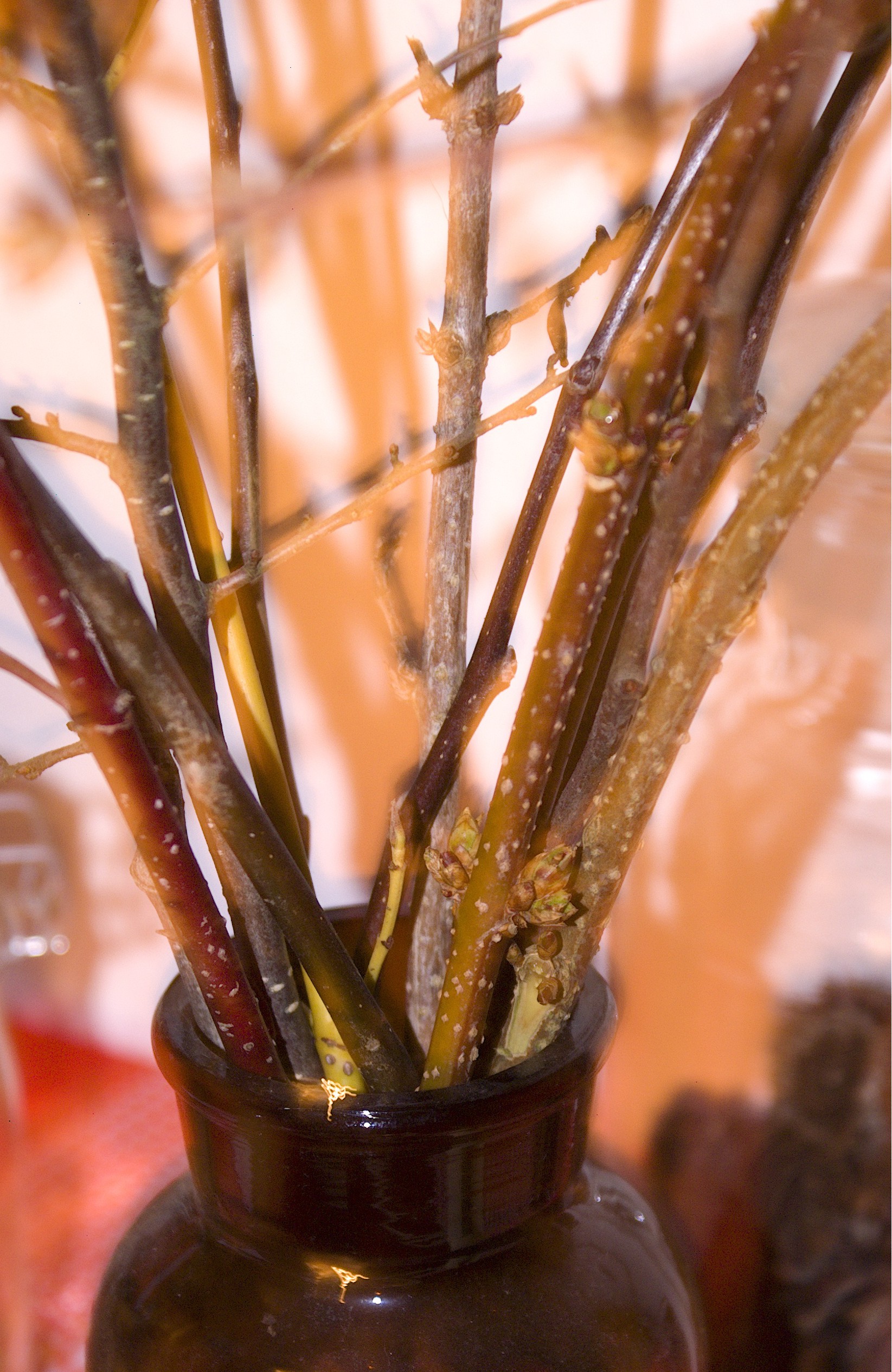 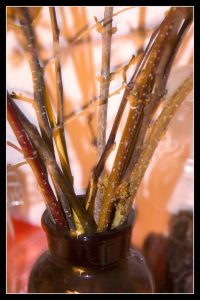 Traditionally around the 10th of december I wake up thinking:
„Hey, aren’t I supposed to pick Barbara branches somewhat nowish? Oh, no it’s too late now I should have done it a week ago …!“
Yo’re to pick branches of spring blossoming woods at the fourth of december, and to put them in a vase (with water) and in a warm room so they will (with some luck) be in bloom around christmas time.
But this time I remembered! Despite having lain on the couch all day with a bad migraine, I got up in the evening, put on my boot and went out, not to the apple tree, because of snow beeing in the way but to the forsythia standing right there by the street. And one day later I got out again and did the whole round: witch hazel, dogwood, southern beech …

And I’ve got proof! 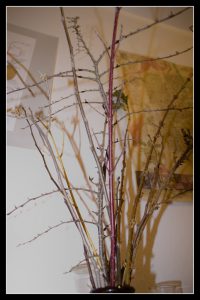 I think some of the buds are already beginning to swell. 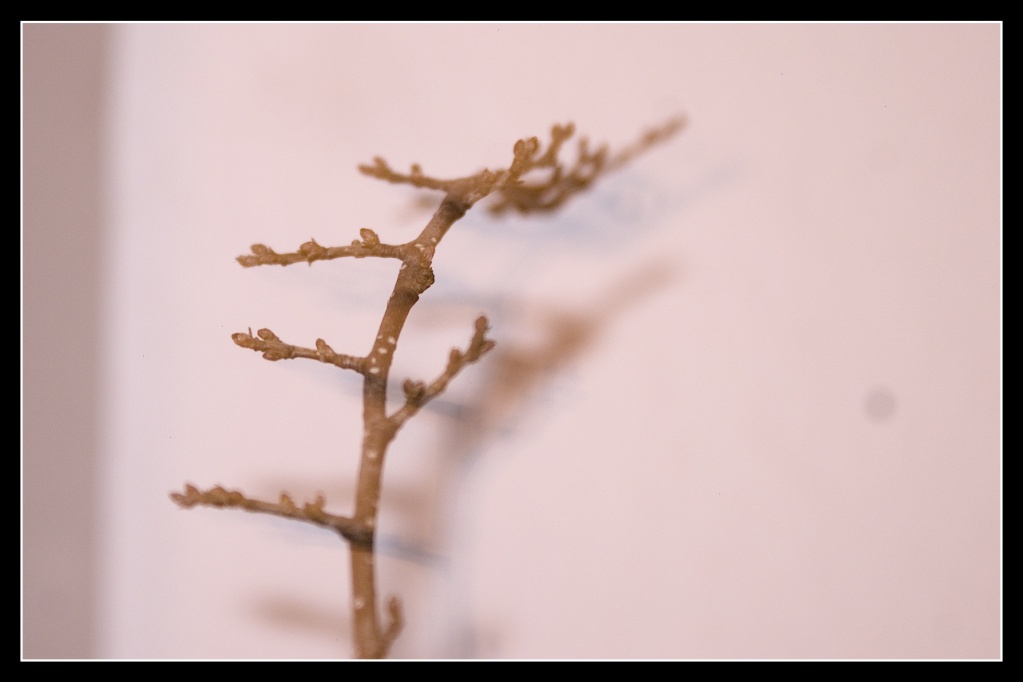 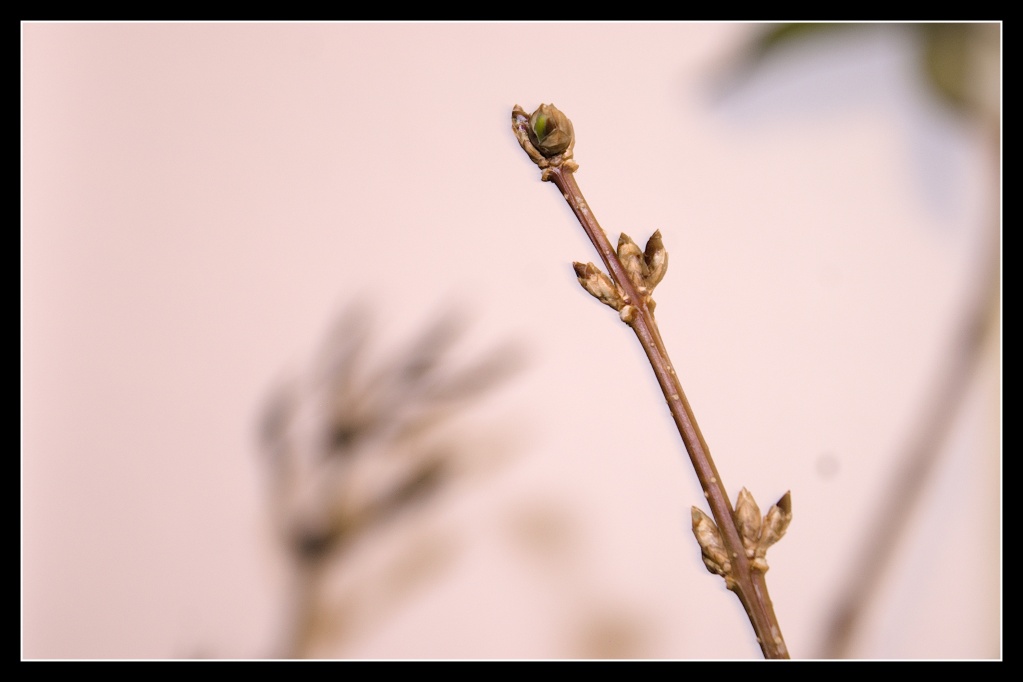 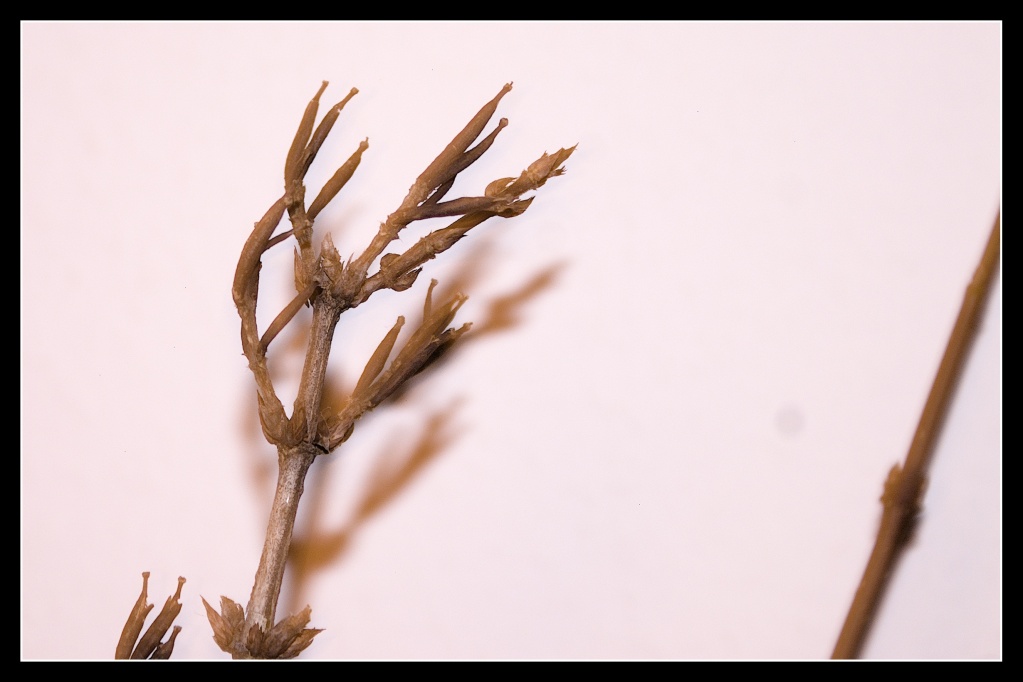 I’m afraid the pictures don’t show much detail,
but turned out to be all artsy-fartsy.
Which I think is great by the way – but just not what I had in mind. 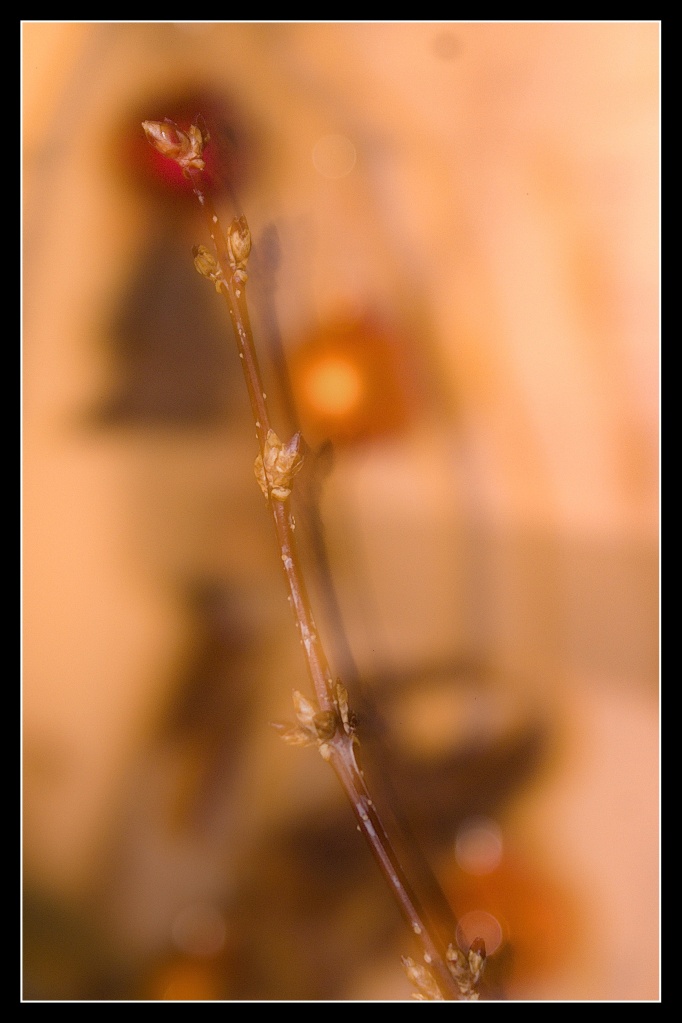 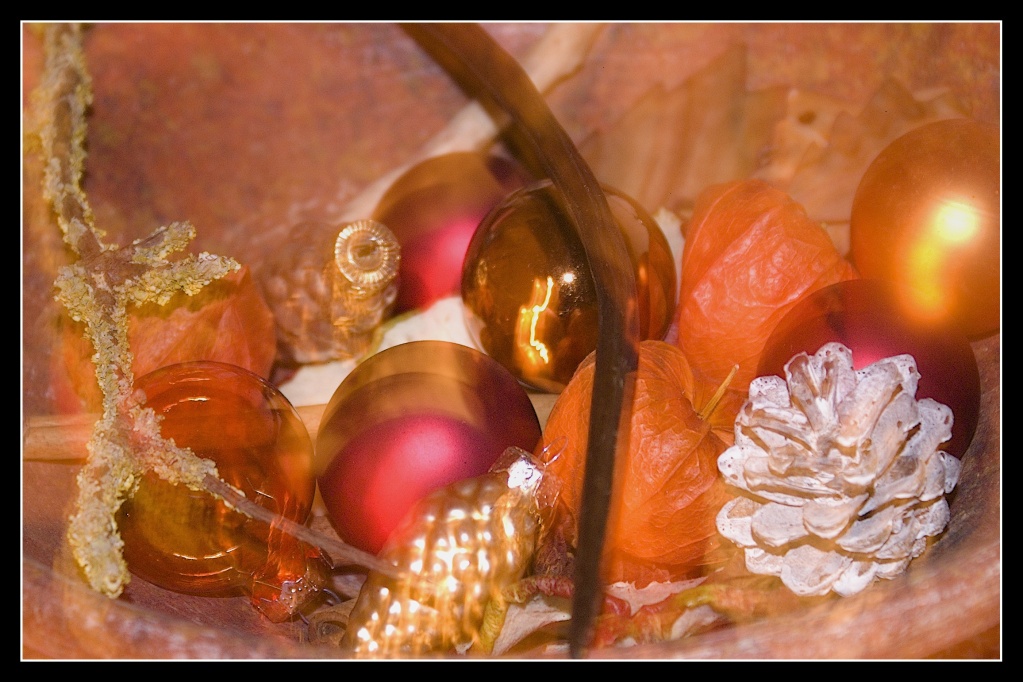 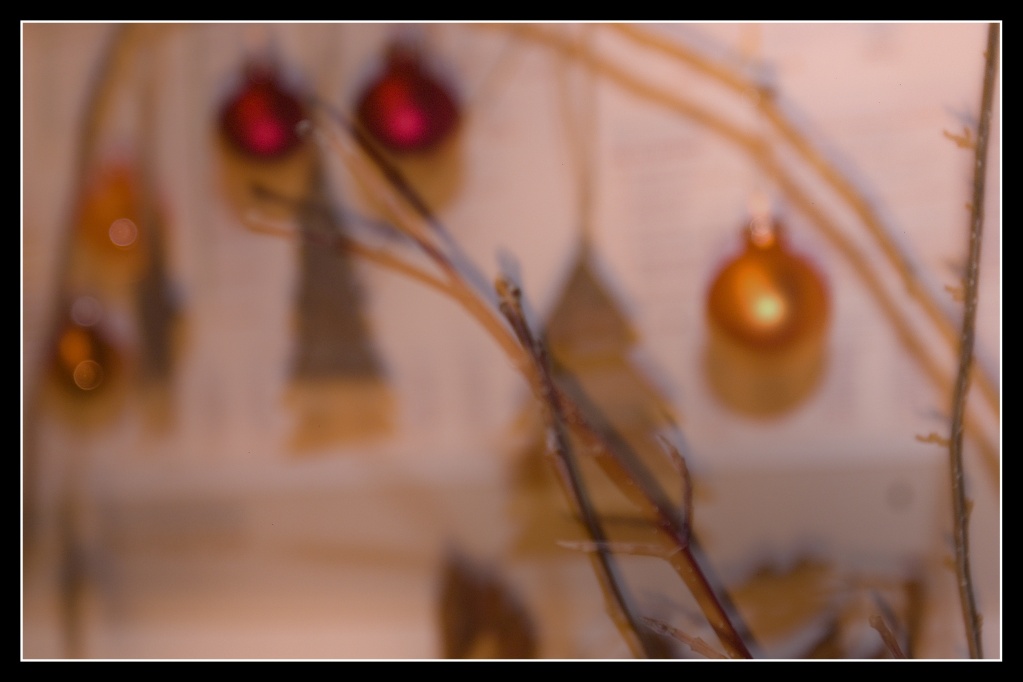 Did you get some yourself? Barbara branches? Moons?

3 Gedanken zu „The Invasion of the Living Room“